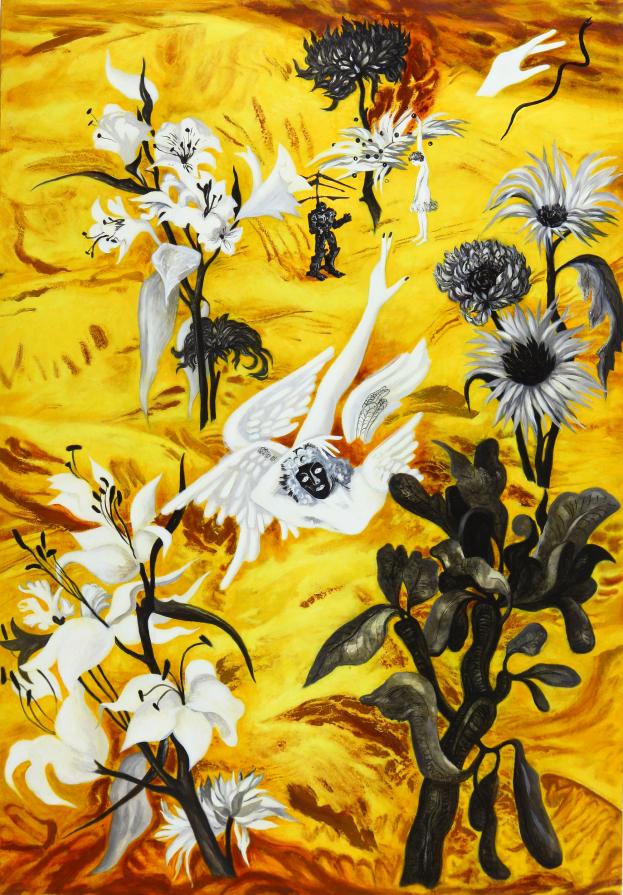 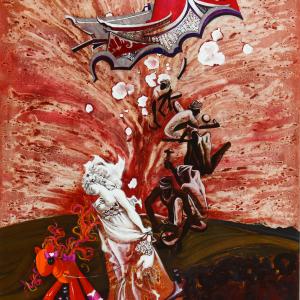 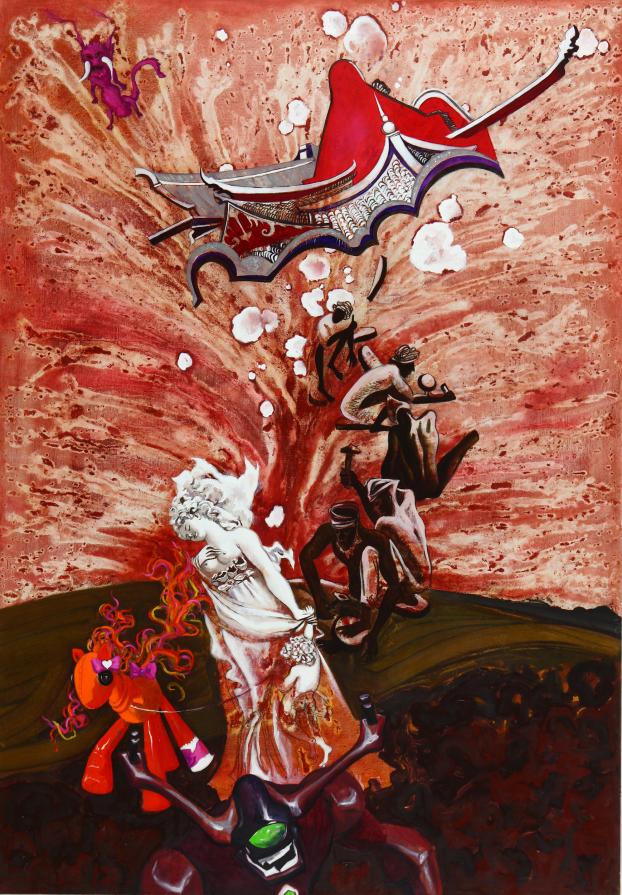 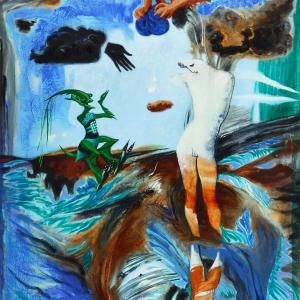 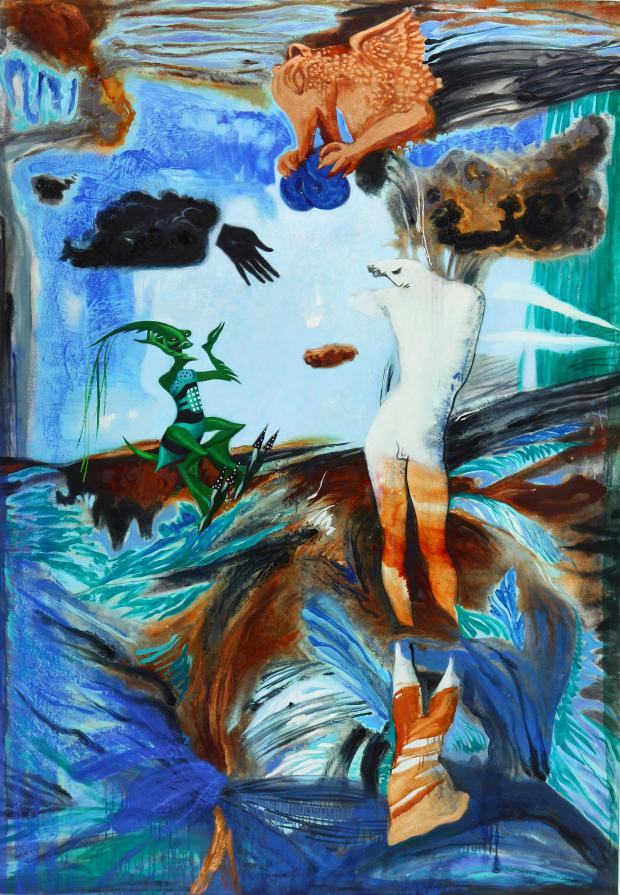 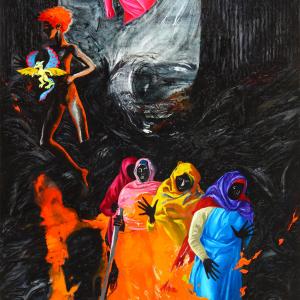 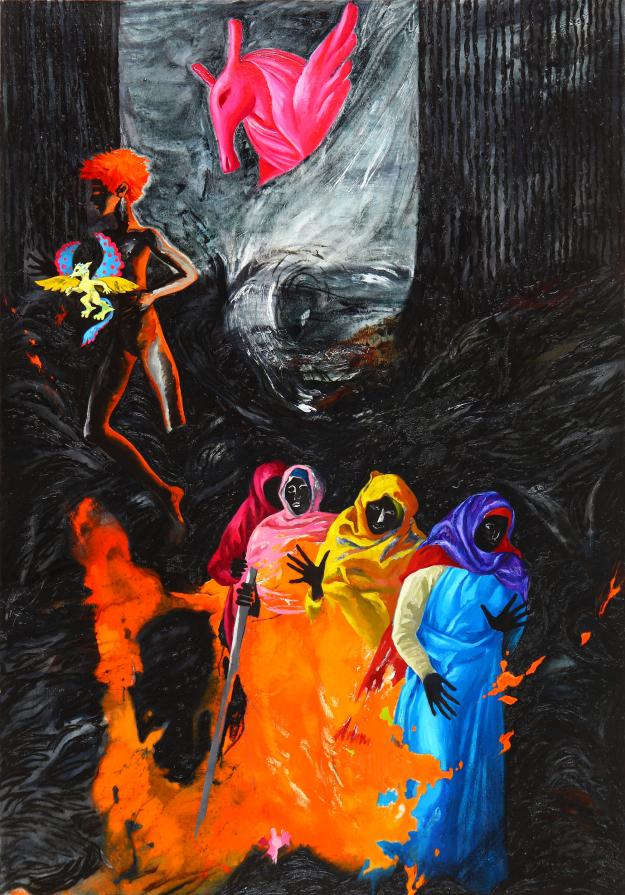 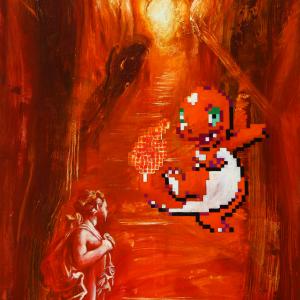 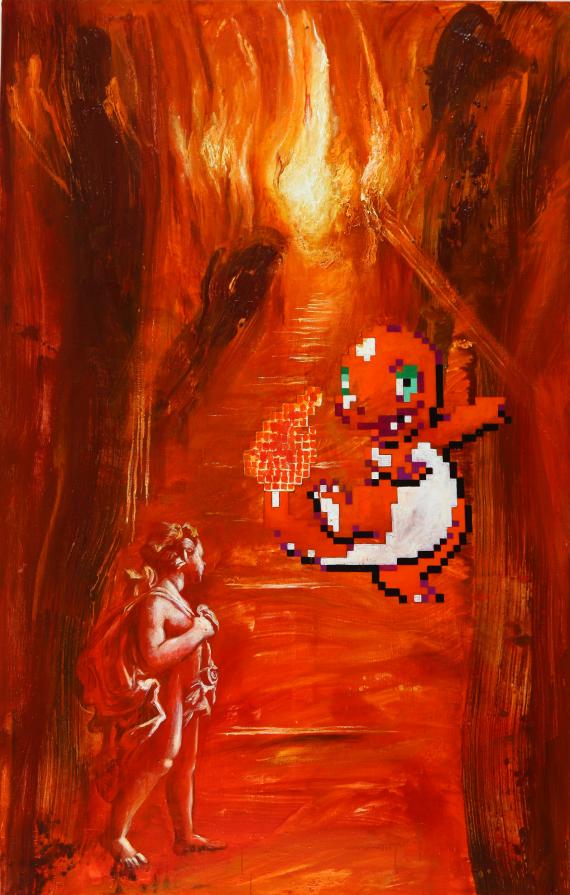 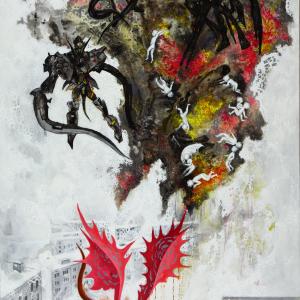 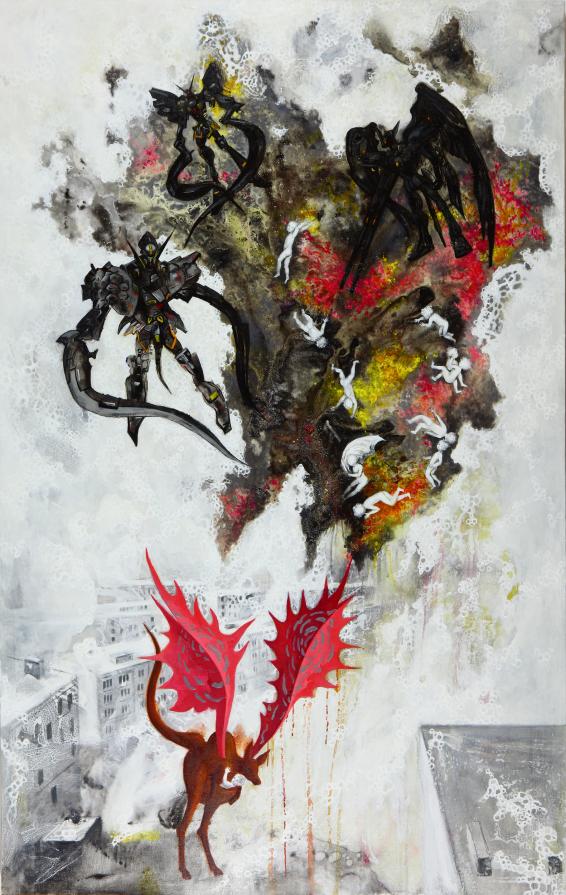 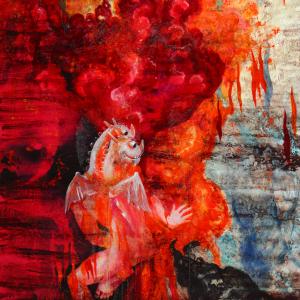 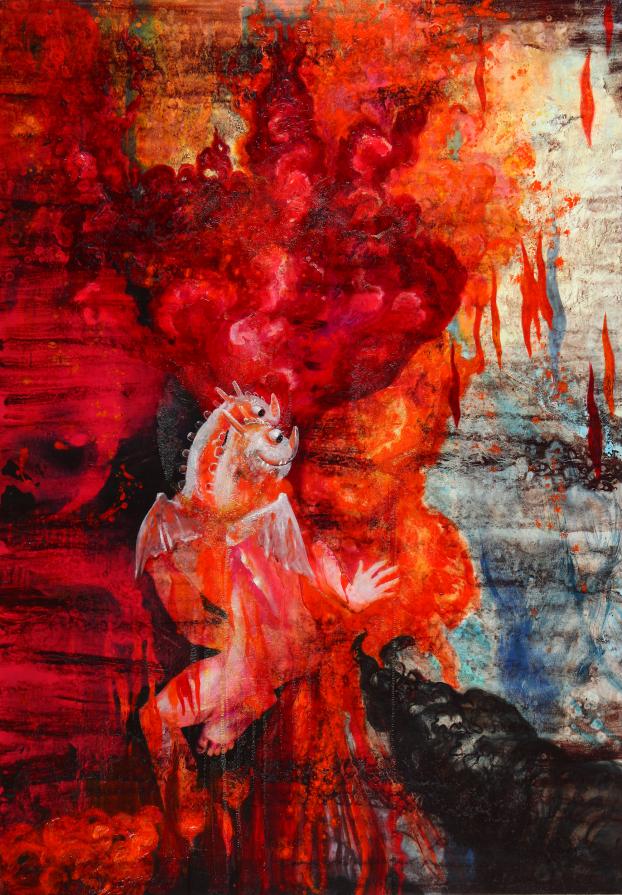 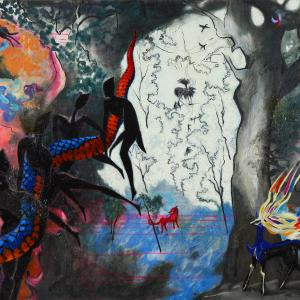 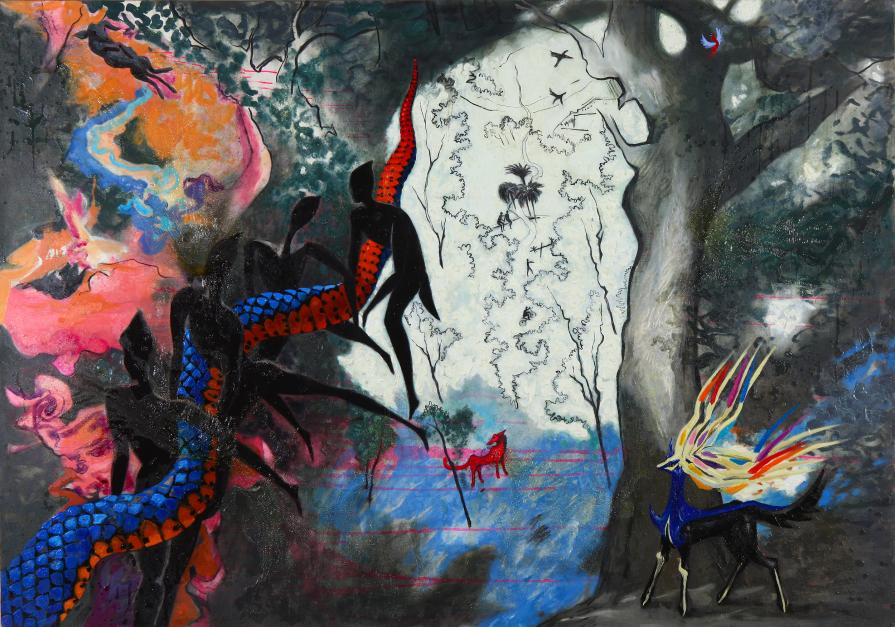 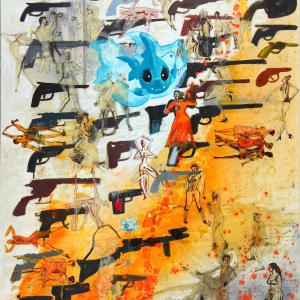 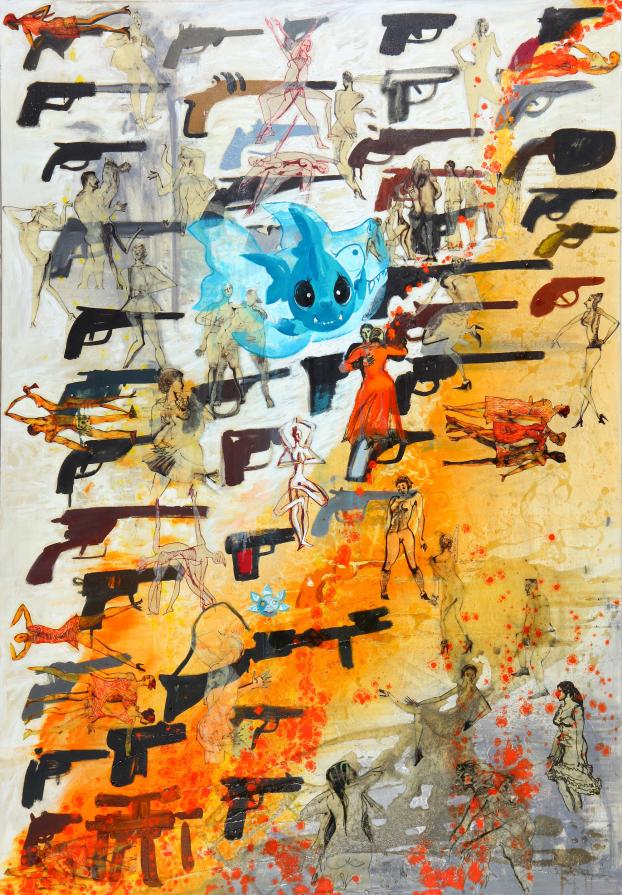 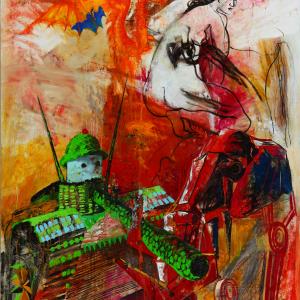 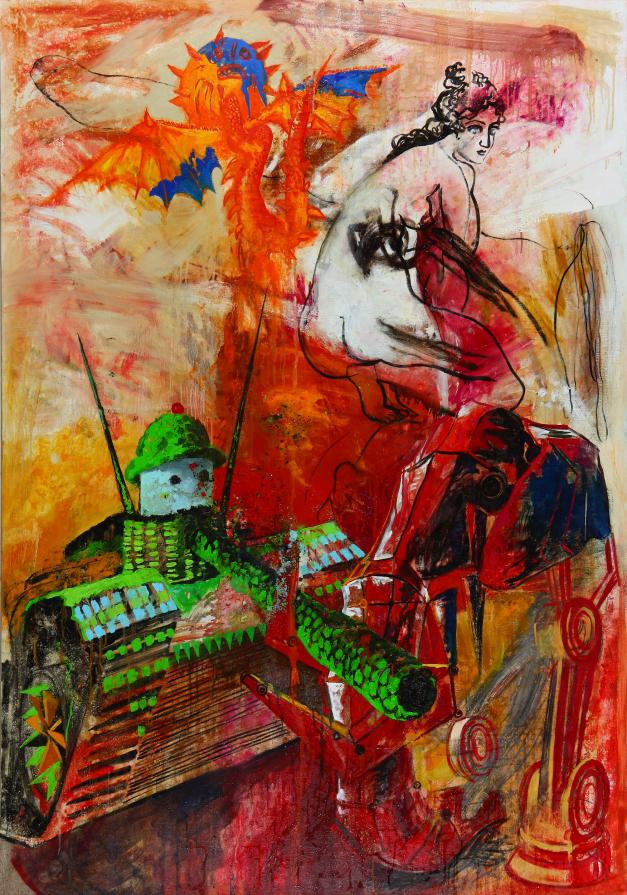 Could a critique of consumerism function as today’s History Painting?

Into my exploration of life’s range of beauty, violence and liberation within my compositions, I also want to introduce such a critique by bringing narratives into play with cult objects of our own times, in this instance commercial toys.

Enter the digital age, these “new deities” are the successors of an ancient order, bringing new ideas in their wake. Fashioned for the popular games and movies they have transcended their original context to become typical totems of modernity. The juxtaposition of the old and the new in my work is my way of addressing conversion, mutation and change.

On one level I continue to work with structure of the classical myths; yet what if the central character is a mass produced toy, a new icon, but the story itself is a classical one? Looking at the movies, cartoons and computer games -21th century myths have an elaborate fictional plot and a Super-hero, which evokes a strange feeling of aversion and fascination. He can be an Anti-hero, with no loss of cultic status or success, because he inherits some features of the pagan gods such as a combination of the good and evil forces.

On another level I am conveying the coexistence of senses that we find in allegorical painting (irrespective of the painting’s subject matter). My purpose is to achieve the quality of vision by playing with linear perspective to depict an ethereal existence. This lack of gravity produces transformation and freedom, as in a form of afterlife where everything is possible.
Progetto (Celeste Prize 2015)
14 Mi piace Non piace più
0 Commenti
120 Visite
Condividi 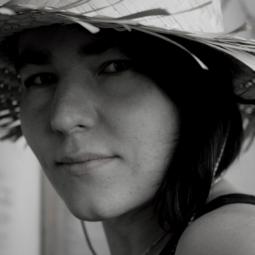